It's so nice to be back with you once again with another regional history post.

On a more personal note, I hope you are all coping as best you can with the 'plandemic' in recent months and may not become too alarmed by protesting that has gone out of control by being taken over by what appears to be groups of Marxists. Remember this IS an important election year, so all bets are off when it comes to hypocrisy and deception. Under the circumstances, take care of yourselves and do the best you can.

As far as the handful of requests to comment about the Covid-19 situation, there are basic concerns by state governments not often properly addressed with serious documentation.

Beyond the convoluted claims of wearing masks and not wearing masks, the lack of wisdom toward lock downs for all those that are not in quarantine and disruptive repercussions and this year's  unemployment on what was a booming economy; also, the recently applied ease of medical examiners for issuing cause of death certificates, the trillions of dollars allocated for so many regions begging for instant relief, etc., well, my advice is simply to please do your own research. I feel particularly sad for the effect on children that need assurance and mainstays in their lives. We might consider a venture in clearly echoing certain warning statements by our Founding Fathers. You know, those great thinkers who had literally everything to lose in life while actively advocating a call for then unheard of measures of freedom and defense for the colonies they so well represented against their oppressors, the British.

Utilize your conscience folks, in areas of the continued protections guaranteed by the Bill of Rights over a modern perception of terms of public safety. Oldsters are likely aware the immediate reactions that would of probably been expressed in forms of outrage to these issues one hundred years ago. In all likelihood, this would have been very different than what you observe today. The reasons for this are many and rather complex, so will not be broached specifically on this format. As an historian, I naturally look on with some consternation toward the sad loss of access to many historical sites here in Pennsylvania, as fraught with overreaction and a most critical problem to deal with for those caring people deeply involved in preserving our heritage.

As someone whose ancestors fought in nearly all the prominent wars and main conflagrations from the Revolutionary War past World War Two, I suggest people to guard your liberties closely, for they do not come cheaply.

By the way, all in all, the Washington Miniseries was a fairly good historical presentation, in my opinion. 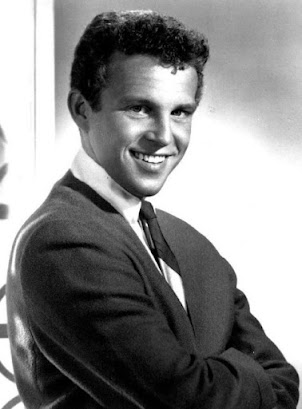 Canonsburg, Pennsylvania, is a city of 12,000 people. There were an amzing 64 hits from Vinton and Joey Powers, yes, they owned the Top Ten. Powers was in a band with him. He was the son of a local bandleader, Stan Vinton.

Known later as the 'Polish Prince',  he was an undergraduate in music studying the oboe from Duke University, graduating in 1956, eventually learning to play many other instruments. Accoding to the Gettysburg Times, Oct. 10, 1978, Vinto received as well an Honorary Doctorate of Music that year from Duquesne University.

Some of his most famous songs are 'Roses are Red', 'Blue Velvet', and 'Mr. Lonely'. 'My Melody of Love' from 1974 also charted. Unlike Como, Bobby used a certain tendency, as did Shirley Jones, and used Pittsburgh as his hometown.

He married his childhood sweetheart, Dolores, in Dec. 17, 1962. He had many top hits, but was mostly a success because of his own unique efforts.

After two years of Army service he was signed to Epic Records. He had a popular half hour variety show in connection with Chuck Barris in Canada from 75'-78', called, appropriately enough, 'The Bobby Vinton Show.' Get this: in his early career, he had more hits than even Elvis or Sinatra!

He also played in a few movies, some big ones, including, "Big Jake' and 'The Train Robbers', both with John Wayne. His son, Robert, played him in the movie, 'The Good Fellows.'

Bobby Vinton's net worth is estimated at $20 million dollars. He officially retired in 2015, because of a case of shingles . His silver sounds will be missed. 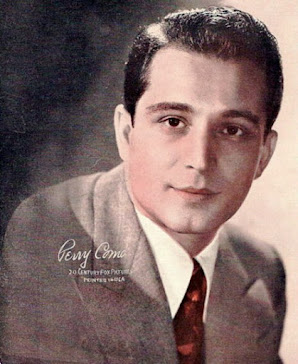 Born May 18, 1912, in his early teens, Perry was already holding a job as a local barber. As a child, he began his music interests playing the organ. Pittsburgh and Steubenville eventually became his major stomping grounds as he copied Bing Crosby's crooner style. He recorded most frequently with RCA Victor.

Interestingly, Pierino Ronald Como, 'popularly known as Mr. C', was once a member of an Italian Canonsburg band along with Bobby Vinton's father, Stan, back in the day.


Until recent times, Como usually sang to  packed houses in Reno, Vegas, and the Atlantic City strip. Particularly so in 1942, when he gained a large opportunity for more positive exposure with his popular radio shows. This included a real first- the earliest broadcast from an airplane. Although he often returned to his hometown of Canonsburg in Washington County, in 1932 he moved on to Meadville in Crawford County. On July 31, 1933, he married Roselle Beline.

Perry Como made four films for Twentieth Century Fox in the mid to late 1940's.

Among his other successes was one in 1974, playing a concert for Great Britain's beloved Queen Mother at the Royal Variety Performance. He received 5 Emmy's between the golden years 1955 through 1959. On top of all that, Como later won a Grammy Lifetime Achievement Award. He also had the rare honor of having three stars on the Hollywood Walk of Fame.

Como, who was well known as a family man with good humor and gentlemanly ways, by his early 80's concerning wearing a tux instead of the old familiar cardigan once quipped, "It shows respect for the audience." Classy guy there.

One of his most famous songs was, 'Til the End of Time', another of his borrowed Chopin tunes turned to his own gifted singing.  Perry Coomo Avenue..
he was a seventh son with the inherent mystical associations...a baritone who never took voice lessons, yet he sold over 100 million records. Perry once stated, "If this picture doesn't ruin Hollywood, nothing ever will."  He had a T. V. show in the 1950's...he was always a lover of golf and its personalities. many Christmas specials from 1948 to 1994.

Let me know if you enjoyed the post and whatever other subjects still not covered here that you are especially excited to discover articles about on 'Fayette/Westmoreland Forgotten History' here at histbuffer.com. And, hopefully we will meet up here again sooner than later. Thank you for your continues patronage!

Email ThisBlogThis!Share to TwitterShare to FacebookShare to Pinterest
Labels: Canonsburg