In Part Two the items purchased at the Fort Bedford Museum and Hoke-E-Geez were shown. Here in Part 3, I will offer a brief synopsis of the trip home to Fayette County via Somerset County. Maybe you'll be satisfied to learn that, yes we did make it back in one piece and didn't get too lost!

The Return Through Somerset

We needed a fair amount of daylight to find a place where my maternal great grandfather once called home. His name was Israel Hoover, and my family's traditions claimed he was a brave man, in fact, fearless.

The second part of my travels involved getting through a few townships in Somerset County and Berlin, then Garrett (named for John Garrett, one time President of the B&O Railroad) a borough on the Great Allegheny Passage. Then, over to Forge Road, (there are technically two Forge Roads, by the way, one is much further toward the southeast of our  destination), where my great grandfather once lived. This became a quest to see the place special to him and his family.

This little adventure was taken from Garrett by way of Berlin St. and crossing the Casselman Gorge. This direction becomes Johnson Road heading west then south, there's a part of the distance covered on Old Mule Road as well and then a right onto Laurel Falls Road. And finally taking the right at the sign onto Forge Road with the intimidating name of Spook Run to the north-northeast. An interesting addition to my earlier plans; keep in mind we were traveling the route fairly late in the afternoon. This was bound to be a dirt road and we didn't come prepared enough with a four-wheel drive or off-road vehicle, therefore could only go a half mile or so before the conditions became too rough. According to the maps, there is no real outlet to the north. It would be nice to get back there some day and really explore the Spook Run region...during daylight hours, preferably - lol. Still, I enjoyed the accomplishment of getting that much closer to where my ancestor, Israel Hoover, spent a part of his lifetime.

Here are a few photos on the circuitous meandering route to this sparsely populated region: 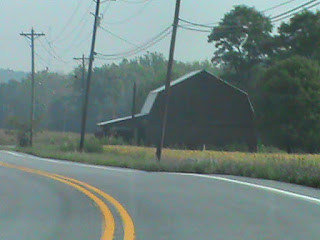 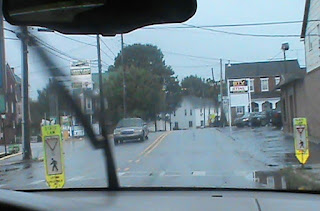 Below are a few maps to help pinpoint the areas of Somerset County I was heading through and then retracing the miles back home: 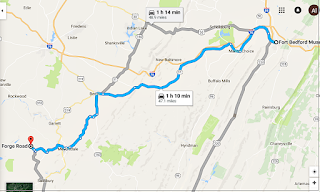 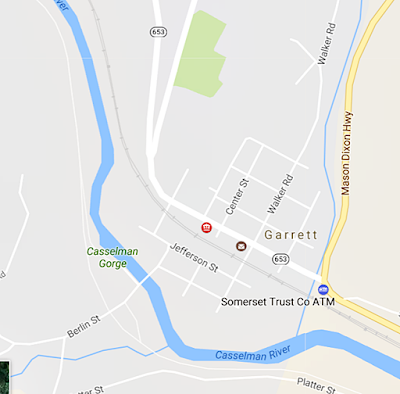 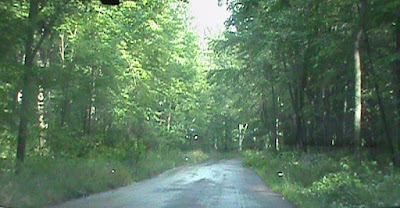 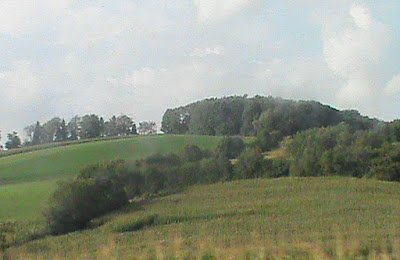 If you follow the blog monthly, then you might of noticed this post appeared due with a bit of a finale a while ago, "back around  the bend." I think there was a small hint that Part Two did not end the whole story. Well, it wasn't forgotten like so much of our old regional history rends to be, it only needed to be written up with a few photos and maps.

This completes Part Three of the round trip we took from northwestern Fayette County on through Somerset and into Bedford and returning by evening into Fayette.

I won't go into detail about getting back into the more familiar territory into Bullskin westward and back home toward Upper Tyrone township. Much of the route is referred to elsewhere in one way or another. This took the usual course through Springfield Township and a stretch of Rt. 381 to Jones Mill and old Rt. 31 which includes a slice of Donegal Township, which approaches southwestern Westmoreland County, though the Jones Mill area. By the way, the township is separate from the Borough of Donegal. Also, a brief post on Fayette County's Springfield and Saltlick townships was posted in June of 2014, the same month as the Excursion to  Somerset article which provides a story on Bakersville. Well, this was a nice day for a jaunt in late 2016, fondly remembered and, all in all, an enjoyable experience.

Join me on the next post for another exciting interview. This time, we will examine the thoughts of a knowledgeable local fellow that should prove informative and entertaining.

Posted by histbuffer at 5:33 PM No comments: