In what will be termed Part One, the background history of the Fort Necessity National Battlefield site  was covered. This included information in creating the reconstructed fort and correlating a smattering of old photos.

The second segment documents a first hand experience on a blustery Veteran's Day not too many months ago.  Actually, time really flies and this was late last autumn. A particularly special day was chosen, and you will soon discover why.

I was out and about near Farmington on Route 40, the National Road in Wharton township, Fayette County, Pennsylvania. I was in the process of a personal jaunt to buy a few books and chat to the rangers while getting some candid photos to show for F/WFH.

Maybe the sights will encourage you to take a trip to Fort Necessity for yourselves. Remember, Braddock's Grave and Jumonville and the Washington Tavern are close by! Sit back, take a few minutes from a busy day and as I certainly did, revel in the history of the place. 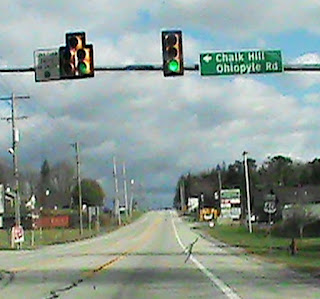 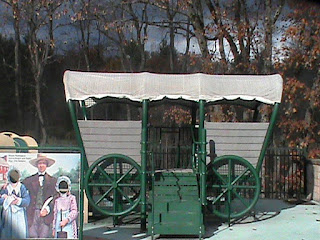 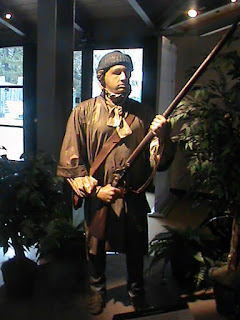 The site was named a National Battlefield by Congress on March 4, 1931 and later transferred to the National Park Service. On October 15, 1966 the battlefield was listed on The National Register of Historic Places, and by 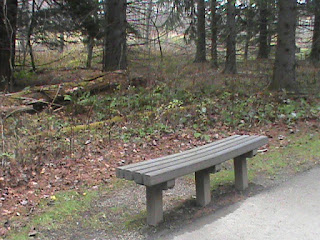 A quiet bench to recall and ponder the fact that George Washington himself, a Colonel in the British army while fighting this sadly losing effort, owned the land for many years. 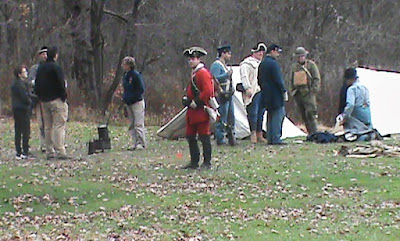 Yes, these photos were taken on Veteran's Day.

This early battle of the French and Indian War was lost by the British forces. 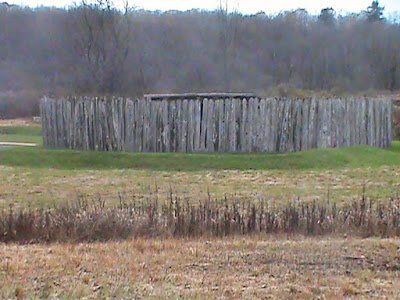 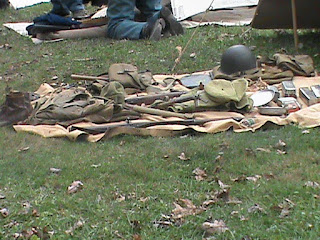 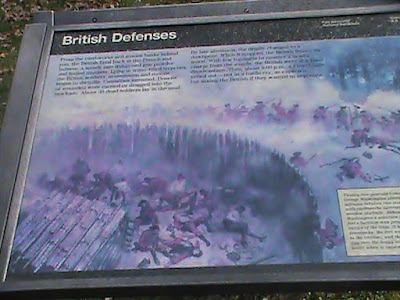 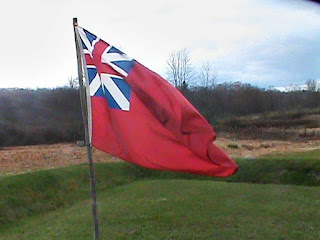 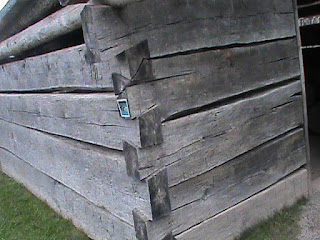 The Indian tribes in collusion with France were comprised of the Huron, (or Wyandot), Nipissing, Odawa (or Ottawa), the Abenaki and Shawnee. Most of these lived near the Ontario region of what is now Canada.


(Um, just kidding about terrorizing any kids; for the record. Fortunately there weren't any around at the moment!) 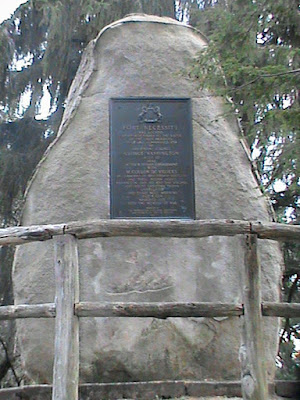 Well this was a part of the trip long overdue, specifically undertaken to a justly famed location. Here's hoping folks got some enjoyment from the experience mixed with rich educational underpinnings.

To sum up, for a touch of edification , I included a couple of photos for the trip back north, the last two as part of the official National Battlefield: : 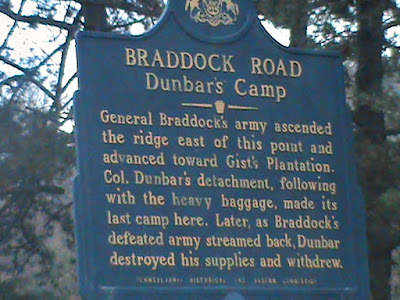 Posted by histbuffer at 5:35 PM