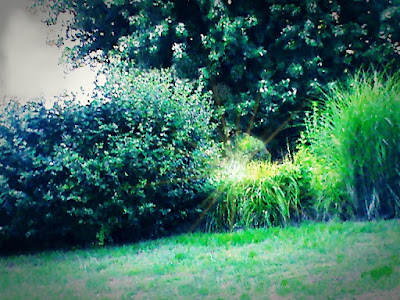 It's good to be back with you.

Yes, it is a bit sad as we clearly notice our summer of 2015 has a minimal life span left to it. 'The seasons change and so do I'. Here in Westmoreland and Fayette counties of Southwestern Pennsylvania, autumn will soon sneak up on all of us with the leaves of the trees slowly turning a glorious golden and red, cooler evenings, and pumpkins!

We do have some sweet precious warmth left to enjoy, so let us make the most of it!

This time around I decided to forego the regular theme for the youthful years of the 1960's and 70's, bringing to your consideration a take at a more lighthearted approach.

This mid-September post should remind the middle aged and over guys and gals the way we had fun back in those heady days of the last century. And since my USB was acting up with my camera program, (it's a long story), I really needed to delete many of the old useless photos and videos, so I frustratingly ended up chucking some of the summer photos I was going to upload here for the blog. Re-format, the whole nine yards. Come to think of this, maybe this is really better to use our imaginations for a change. I still allowed a few basic photos anyway.

Now, one thing we use to do as children was fly a kite. Cheap ones made with glue and small pieces of wood, you know. In our early teens pinball was also a big item.  'Flipped Out' and 'Magic Carpet' come to mind as old favorites. To tell the truth I was darn good at it.  Later, when we discovered the opposite sex and had our first dates, soon following with our first cars and first jobs; Chevy's, Mustangs or hopefully, muscle cars. After this we were soon whisking off to the drive-in and, ah...that's right, this is geared more toward childhood. Period. Well, OK.


Time For Some Choice ANECDOTES

Are you old enough to recall with some nostalgia the summer pastimes like pinwheels and riding bikes with the colored balloons we would attach to the spokes? Mine was a hand me down from my older brother. I just loved it.

When we were kids, many of us boys, along with my brothers, use to have a blast playing army. Is this politically incorrect now a days? Oh well. Regardless, just imagine young people, our guns, rifles and pistols, even machine guns, looked like real guns and there were some cool sound effects and if nothing else, the cap guns were pretty loud. Usually this involved a sand pile, old coal area, slag heap, whatever we could find to hide in and not be chased out of. That didn't happen often. People weren't so touchy back then, were they? Unless someone really caused trouble. Can you believe we didn't become radicals or end up hurting anyone either? Nope.

Some of the girls loved the dolls-not just Barbie, but there were many others. Any females recall the Easy Bake oven? They could actually bake pies and cakes! I'm not expert on the girl stuff, so we'll have to be brief on that. Sorry ladies.

There were pogo sticks and I barely recall the hula hoop craze...those were a little before my time,  folks. Throwing frisbee was almost a national pastime. For a fairly simple pleasure we sure enjoyed it. Jumping around, catching the 'Whamo' behind your back and between the legs. Brings the memories again alright.

When we were early teen youngsters, some of us would occasionally sneak into a few neighbors yards and take peaches from the small orchards; peppers from one of them! Pilfering, I think it was called. Maybe they tasted better that way, I don't know. Watermelons would of been a delicacy. Luckily, my dad always grew a garden, although I didn't really take that trait from him. Apples, especially crab apples, use to grow along side the roads. Oh sure. A nice snack anytime. You didn't want to eat too many or it was  a tummy ache problem!

Sometmes my grandmother would make apple and cherry pies. She was absolutely superb at baking. Well, her cooking was unbeatable. Real German fare. Speaking of my 'Nan', Ida Hoover, I guess I wasn't cut out for picking flowers. I picked many of her prize roses and a neighbor's too once. Oh, I gave them the flowers in a nice container, you know. They didn't get  too mad, but they gave me some seriously odd looks. SO I quit that habit fast, having no actual clue why it developed at all.

Swimming holes in a nearby lake or stream were very popular too. Otherwise my Mom use to take us to Briercheck's on the west side of Scottdale on the weekends. My dad would go too sometimes. He was an expert swimmer. The attraction area, with a large circular pool, lake swimming and boating, and picnicking, was originally named Lake Forest-Park in the early 1930's. Wouldn't you know, I almost drowned there when I first tried to upgrade from the kiddie pool to the adult section? Couldn't swim worth a lick for many years. Suddenly,later in life it just 'came to me', and I was soon able to gracefully go along with no effort on my back, just using my hands a bit and my toes. This use to be a big happening place for locals, that was one of the names,of the local KQV radio station with songs like 'Come On Down To My Boat Baby', A Little Bit of Soul','Born To Be Wild'; all the 60's songs were played loudly and enthusiastically.


Then, sometimes we would swim out near the Pleasant Valley Country Club in Bullskin at the little spillway. That's when we weren't busy fishing for trout, bass and catfish.  Little did we know then this was near the mill race of Spruce and 'little' Spruce Run where back toward the late 1700's when old Adam Hatfield owned land here. Guess what? He was supposedly an ancestor of ours. I believe this is correct. Indeed, playing on our g, g, g, g, great grandparents' old property. Didn't inherit any of it, no, not a square yard. But we sure had fun swimming in the deeper pools.

The funny thing was, we were one of the few families that had a backyard pool, maybe about 12 x 12, but we could soon swim in it. I know, some of you weren't quite fortunate enough to really have a backyard. Those had to be tough breaks. Of course, the pool wasn't too deep, or I would of surely drowned and sucked in a bunch of water, end of story. That is if my Mom or grandmother wasn't nearby, and they always were. Good Parents.

There were these nice little neighborhood stores in those days too. One of which was owned by Darrel Eicher. An old Clover Farm store. One time, when his friend and employee old Brooksy, was tending the store for him, he would sometimes close a bit early. This was a Friday evening. I counted on the time being accurate and at 5 minutes til 6 p. m. I was up there 'promptly' with my allowance and quickly felt very upset since the big green door was closed and locked up. I soon became irate. I took a tantrum and kicked at the door, knowing Mr. Eicher was close by smoking a stubby cigar and would hear the noise. Finally, it opened a crack and he agreed, (reluctantly), to let this rambunctious little fellow in for a minute to quickly buy my weekend ration of goodies. Thanks, now bye!!!

Tree climbing was a national habit in the 60's. Oh yes, Maples, oaks, especially the walnuts that my grandpap, Meryl WIlson had on his Wooddale property, which was once a part of the neglected Spaugy mill tract. We were at it a lot when we visited, building tree houses, fancy ones, primitive ones, you name it. Do you see these much anymore, unless rarely? The modern kids don't know what they are missing. Take a snack or two and a pop, surveying your special domain. Walkie talkies were a nice item for 'secret' communications in a club house atmosphere.

Counting cars. Actually, it was more often about the colors. We had them all back then, you see. Yellow, orange, green, red, every shade you can dream of. Pick a color, your favorite, and then go about to 10 or so, and see who wins. You didn't really win anything. You'd likely lose next time. YES, this was fun. Closely connected to this was sitting on the porch swings. Sure, we were simple people, these years long gone past. Practically every front of a house possessed one too We can fondly recall the August evenings when it would begin to cool off and the neighborhood hum would die down. Again, it was our tenderhearted grandmother, Ida Hoover, who lived a few houses down, she would get us to sit and behave for an hour or so. Just quietly sitting and talking low, watching the stars, the  and maybe humming along once in a while. Sentimental. I am, it's freely admitted right here!

Do you remember Town Talk bread? Maybe Tiger Bread? Orange Crush, Lehi Cherry too. The prices were good too. Believe me when I say, this really was a phenomenal decade and a half to grow up in! The little half pints of ice cream. Uh-huh. I could go on and on, but you probably get the idea.

There is so very much more I could divulge for your mental consumption. These are some of the  things I thought of just recently, so my burst of creativity here will have to make due for the time being.


To sum up, I hope this has given you a taste, a small presentiment of the kinds of things we did back in our wonderful childhood. Most of it was very good. No, not all the time. We spent YEARS and YEARS in school and they could paddle you back then! This might of brought back a jog in your memory, or if you are too young for this, an inkling, just an inkling, of how fun and innocent those heady days truly were. Yes, sadly, neighborhoods have changed, many wonderful people die off. Prices, homey ways, habits too. But not everything is bad. Kids can still be kids for a while and maybe enjoy a Hostess cupcake! 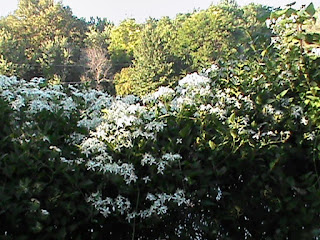 A heartfelt thanks for visiting and sharing a touch of nostalgia and reminiscing with yours truly-Histbuffer. I'll have a Winter Activity post up in about , three or four months to keep an eye out for. In the mean time, there will be much bigger fish to fry. I'm certainly not out of ideas.

Posted by histbuffer at 9:22 PM