HALF MAST: Sweiker, Congressman and Statesman


I have an opportunity to bring you a post about former Senator and Secretary under Reagan, Richard Shultz Schweiker. That's correct. (Sorry, somehow when I was up late, I mispelled his last name on the title).

Of course, 'Fayette/Westmoreland Forgotten History' is hardly a forum for politics and this will very likely remain the case.

Under the American, U. S. flag of the United States, the PA State flag is properly to be kept at half mast position until August 29 of 2015 in honor of this man. In observing this principled decorum, there are sound reasons based on strong tradition for doing so.

This is a prime, immediate example at work and therefore I decided to include this.

From His Early Days Onward


Richard Schweiker was born, June 1, 1926, and died on July 31, 2015. He is considered by some one of the last of a good line of American politicians. In fact, this may well be so. I am hardly an able judge for such decision making. Ring a bell for the fallen. 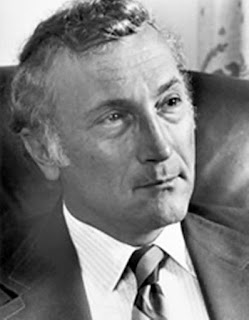 Originally, he hailed from Norristown in Montgomery County, founded in 1784 by one Isaac Norris.

Graduating from the local high school there in Worcester, he went on to become the Valedictorian in 1844, and soon entered World War Two on an naval aircraft carrier named Tarawa as an electronics technician.

"Richard and Claire deeply believed that they were put on this earth to be of service to God and their fellow man," said his family. His family further stated that the belief as well as the death of his older brother, Malcolm, in World War II motivated him to run for Congress.

Later, he attended Slippery Rock and then after two years moved on to Penn State University, one of the largest colleges in the United States. He then spent time in the family business, the American Olean Tile Company. He soon became active in politics with the Young Republicans, an organization with chapters going back to 1859. He was president from 1952 to 1954.

He became a delegate to the Republican National Convention in those years, in 1952 and 1956.

He married Claire Joan Coleman, a Romper Room host in Philadelphia. Together they had five children.


By 1960 he was elected to the House of Representatives from Pennsylvania's thirteenth District. This might of been a lucky number for him. He was considered a moderate in outlook.

He proceeded to serve on the Armed Services Committee and the Government Operations Committee, the last was better known as the Committee On Oversight and Government Reform. This was eventually cut in staff by 50% in 1885, a rare actuality in our modern times of big and bigger government.

He was chosen the 14th U. S. Secretary of Housing and Human Services under President Ronald Reagan from 1981-1983. He supported Medicare, an increase in Social Security and was a factor behind civil rights legislation. He was further elected to the U. S. Senate in 1968, defeating the long time incumbent, Joe Clark.

Unusually, he was against the Vietnam War, and as an original thinker, was opposed to gun control and supported school prayer. Who knows? Just maybe we could use this quality of person in these troubled days.

He also coauthored the book, "How To End The Draft", to help implement a volunteer army.

Richard Schwieker was on many important congressional committees in his time in the Capital and also helped fund significant diabetes research.

According to a longtime member of the Republican National Committee Bob Asher, "Dick was a gentleman of the old school...a man of total integrity, and he served the public well. He was from that era when people from both sides of the aisle were willing to compromise and not get locked into any particular doctrinaire position. I had the highest admiration for him. He was a good man and a very honorable and flexible man."

As stated in www.philly.com, Schweiker attended Central Schwenkfelder Church in Lansdale and later at St. Paul's Lutheran Church in Washington. He received nine honorary doctoral degrees as well as dozens of awards and honors. He also was said to have a great love of golfing and skiing.

In spite of the controversial Watergate scandal, he was re-elected in 1974, beating out a fairly popular Democrat, Pittsburgh mayor, Pete Flaherty with 53% of the state vote, the highest since 1946, and 49% in strongly Democratic Philadelphia. In later years he was considered to of become more of a conservative politician, for those who keep track of such matters.

After retiring, he moved to McLean, Virginia. 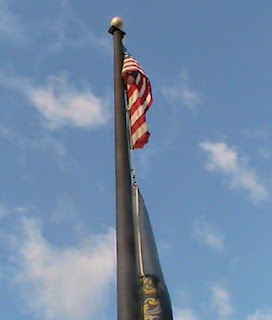 He served his country faithfully in war and in peace.


I will be back soon with another meaningful post on "Fayette/Westmoreland Forgotten History" when I look forward to a good turnout while continuing in sharing more of our wonderful region with you...

Posted by histbuffer at 7:47 PM