The Prospect of Dawson


The town's Main Street is arrived at from the north off of the Dawson Scottdale Road, (Route 819), near the Lower Tyrone Fairgrounds in Fayette County. The Post Office is on Railroad St. and near Cochran St.  As Dickerson Run skirts around it to the south, the Dawson Bridge over the Youghiogheny River divides it from Vanderbilt, close by, which had a few great places for swimming near the beach when we were younger.

There is the Historic District, (listed with the National Register of Historic places 1997), with the James Cochran House built in 1890.

Originally called 'Prospect', in Fayette County, PA.  Dawson had some settlement by the 1780's and was started by the Smilie family, (John served in Congress), and then in the mid-1800's the part which became the main district was sold to one George Dawson through marriage to Sarah Huston, (Dawson), by which the borough acquired the name it is best known for these many years.

As the Washington Coal and Coke was developed by the Cochran family in the latter part of the nineteenth century, this lead to the nearby staple of Star Junction in Perry Township.

Dawson was first laid out in 1866. It became an industrious and busy place for many years. There were flat boat building, brick making and saw mills. With the close proximity of the 'Yough' river, economic growth was expanded. 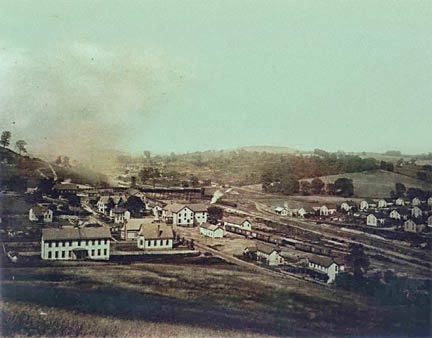 Many prominent mining connections were established here, among other industries and companies.

Like other areas of Fayette county, the coal and coke production were reduced through the newer process of steel manufacture and the area experienced decline in the early 1900's.

Some information was garnered from the 1889, 'Biographical and Portrait Cyclopedia of Fayette County, Pennsylvania'. (Wiley, Samuel T.  Chicago: John M. Gresham and Company).

A Story Of Disaster

This horror took place back in Dec. 23, 1903, near Laurel Run, right before the Christmas holiday. A Duquesne Limited train from Pittsburgh with 150 passengers on board, rounding a curve, struck a pile of logs that inadvertently came off of a freight train shortly before 7:45 p. m. The engineer of the B&O branch train, William Homely of Hazelwood, was killed instantly. The Chief of the B&O in Connellsville, M. K. Smith was also killed. The passenger car became airborne and landed on the locomotive filling the rail car with scalding steam and the rest of the travelers were asphyxiated. One car landed in the Youghiogheny River. Oddly, no women perished.

One hero was the baggage master, Thomas Dom who, though injured, ran down the track and set his coat on fire and waving it frantically to warn the next oncoming train for a warning to stop quickly or there would be another tragedy. Rescuers did the best they could under the circumstances. The morgue and undertakers were overwhelmed with the 65 persons killed and 59 injured in one of the worst train wrecks seen in this region.

Remember, this blog welcomes your ideas and memories.

A Few Nearby Coke Ovens

Way out toward Hickman Run, west of the borough in the township border of Lower Tyrone on Hickman Road, there were the Jackson Mines and the coke ovens associated with the names, Cochran and Brown & Keister. Quite a few were cited on an old map, which gave the idea to check and observe what became of them. Some, I have found to be in good shape and are a nice example of what they use to appear like. 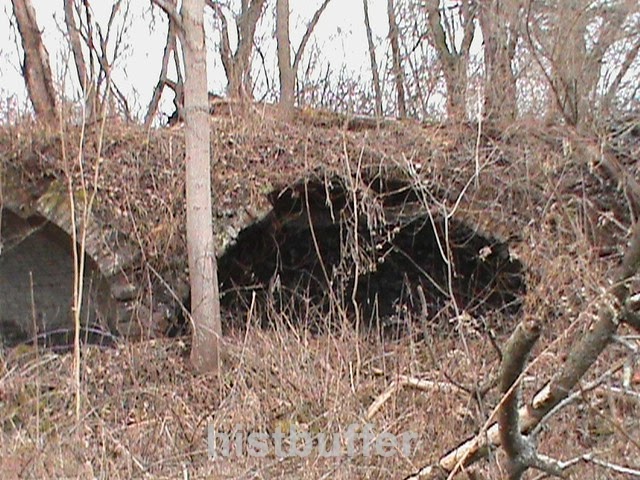 Posted by histbuffer at 1:49 AM