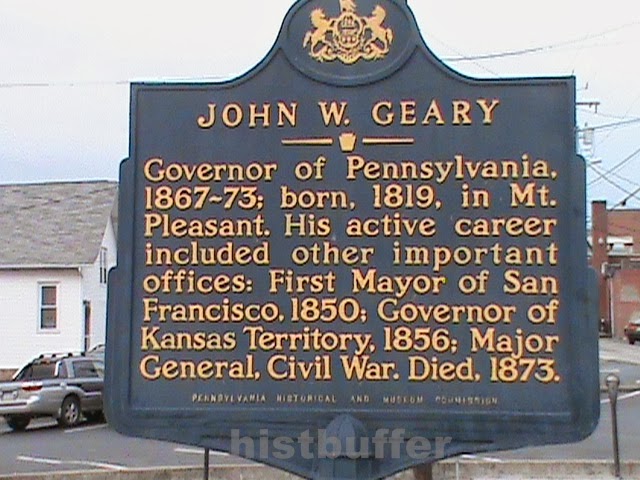 Coming into South Diamond toward town you will glance right and there is the Geary Historical Marker by the sidewalk, though I believe it use to be turned the other way.
At the Diamond at the meeting of Rt.'s 819 and 31 you can do a 360 degree turn and take in the World War 1 Doughboy statue, the clock tower and the Honor Roll seen here: 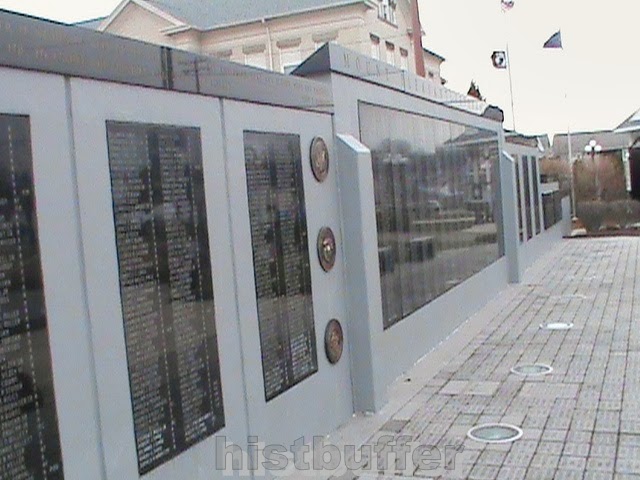 and the solemn War Memorial as well: 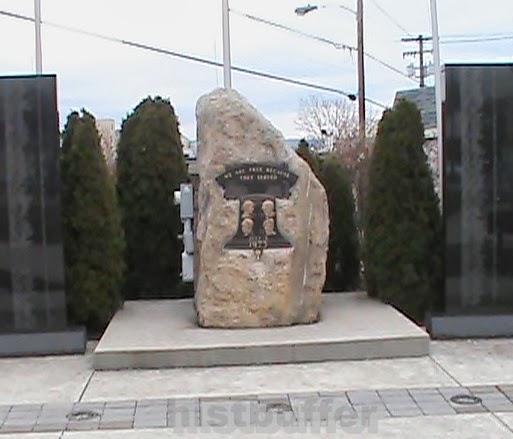 Down Washington Street past Goo's Corner Cafe restaurant is the old Overly cabin constructions, worth looking into. 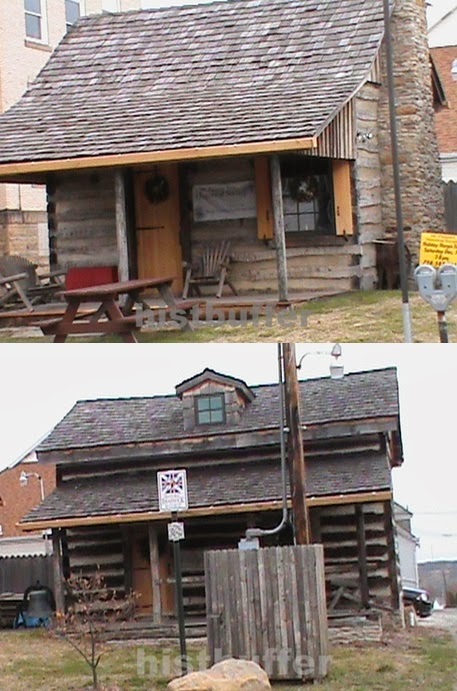 Up street near the corner of Eagle and Spring past Frick Park was the once famous Union or Braddock Spring, so called because General Braddock was thought to of drank from it when passing through the area with the British army. Possibly, George Washington did also, though that's just speculation. It's a shame there was apparently, a sewage problem and the famous spring was clogged and, eventually, buried.
Toward the 'top' of Main near the church grounds, there is the Memorial to Braddock's passing through the town as well. There is suppose to be an Historical Marker and it's so hard to find, in fact, I'm fairly sure it's missing. 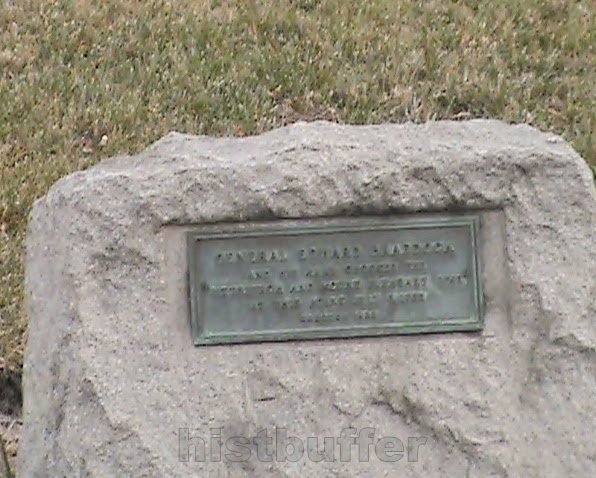 When it comes to Braddock Road, there is another, much more forgotten one, the old Turkey Foot Road with a fascinating history that a guest blogger and writer, Lannie Dietle will be giving a good synopsis of in an article on my next post, so please do check it out.
I plan on having an article one of these days on the Braddock Road, as well.

Please check back, now and then!