The Greenlick Dam and Reservoir consists of 101 acres and is owned by the Commonwealth of Pennsylvania, and is used by boaters and fishermen. It is overseen by the Jacobs Creek Watershed Association. 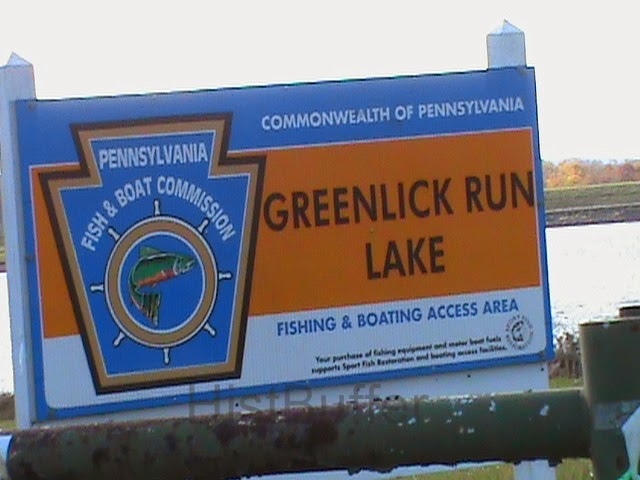 The 'New Dam', also known as the Greenlick Lake near Bridgeport, Fayette County. A nice scenic area with a peaceful park and some definite historical significance. 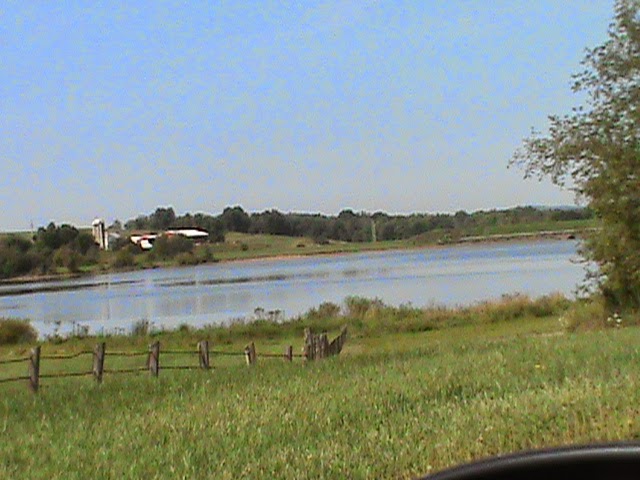 The 'Great Swamp' was extensive enough going back westerly toward Iron Bridge. General Braddock, (and Col. George Washington, who experienced his only defeat as commander at Fort Necessity at the start of the French and Indian War), who was headed for a tragic defeat before they would reach Fort Duquesne, passed directly through this very place. The army encamped at the Truxell farm before making a passage through the old swamp and Hammondville. Another more successful campaign would win back the fort from the stubborn French, to be renamed Fort Pitt.

Here is where Gen. Braddock and his troops crossed via bivouac the murky, old swamp that was here long ago which  would of been associated with Captain Jacob's Creek, or 'Salt Lick' and Greenlick Creek:
﻿
﻿ 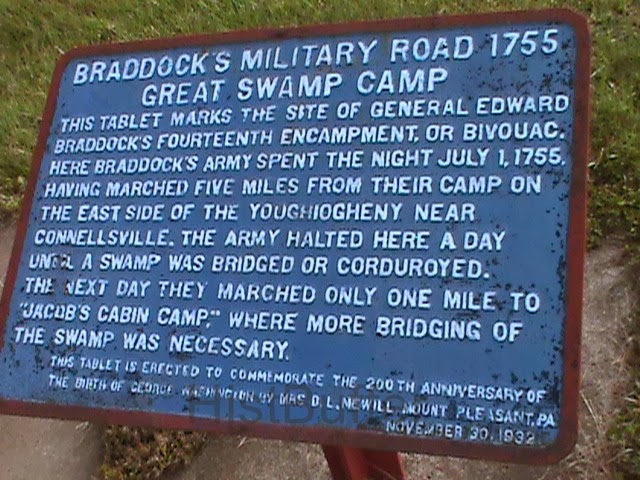 There's some proof for you. 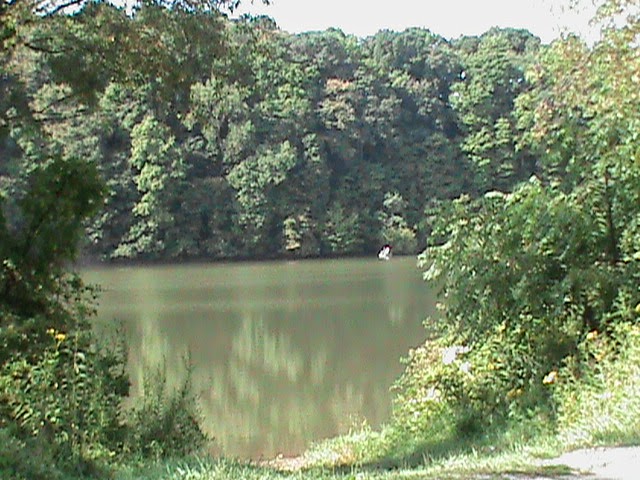 This is the area of the old Truxel farm where Braddock's troops camped at: 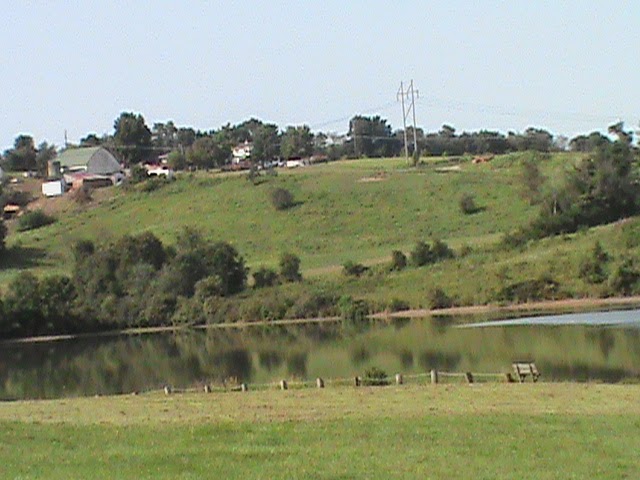 Thanks for visiting the blog!